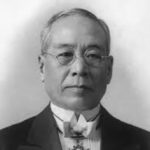 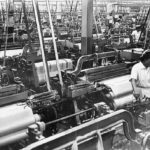 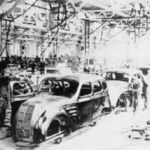 Toyota Motor Corporation is known for reliability, innovation and an unwavering commitment to excellence. You may be surprised by this great company’s humble beginnings. So, we thought we would share a brief introduction to how this multi-faceted global company began…

1898 – Sakichi Toyota invented the first power loom in Japan, the device was awarded patent No. 3173 “Loom” in August

1894 – Sakichi Toyoda’s eldest son, Kiichiro Toyoda, was born on June 11, in the village of Yamaguchi (now part of the city of Kosai) in Shizuoka Prefecture

1925 – March, a little over 20 years since Sakichi first began his study into an automatic loom, Kiichiro made Sakichi’s dream a reality

1930 – Sakichi Toyoda, president of Toyota Boshoku, passed away on October 30, after falling into ill health that summer

1934 – The first prototype engine was completed on September 25

1936 – In October, the company name was changed from “Toyoda” to “Toyota” in conjunction with the adoption of the Toyota logo

1937 – Toyoda Automatic Loom Works’ Automotive Department was spun off and Toyota Motor Co., Ltd. was established as a new company

Previous
Back to Blog
Next